Filled with incredible scenery, delicious food, friendly people, and stunning temples, Taiwan should be on everyone’s travel list. The modern architectural landmarks such as Taipei 101 are just as beautiful as the decade old temples that are found throughout the country. Whether visitors are looking for a more relaxing getaway filled with lush nature parks and relaxing hot springs or if they’d like to spend their holiday shopping in the bustling night markets, singing karaoke, and drinking locally brewed craft beers, Taiwan has it all. Attractions that shouldn’t be missed include Sun Moon Lake, Kenting National Park, the National Palace Museum, and the Fengjia Night Market. CDC information for travelers. Hours/availability may have changed.

Taipei is the cultural, political, and economic hub of Taiwan in addition to being the largest city on the island. Visitors will come across a world that combines modern with the traditional, as old temples blend in with world-class gourmet restaurants and shopping centers. Attractions such as the Taipei Zoo, Flora Expo Park, and the Botanical Garden are popular places to visit while there. The Maokong Gondola offers a bird’s eye view of the beautiful city, which celebrates many festivals throughout the year. There are many centers and museums that allow visitors to better understand and appreciate the land’s history; some that shouldn’t be missed include the Taiwan Handicraft Museum, the Puppetry Art Center, the Discovery Center of Taipei, and the National Palace Museum.

Covering over 100,000 hectares, Yushan National Park is named after the highest peak in the park, the Yushan summit. There are over thirty more peaks in addition to many cliffs, canyons, and valleys at Yushan National Park. There are three visitor centers to enter from: Tataka, Nanan, and Meishan. Visitors are guided through the park so that they get up close and personal with the flourishing flora and fauna. Some of the most popular animals seen are the sambar deer, Taiwan macaque, and black bears, in addition to other mammals, reptiles, and birds. The Yushan trail elevates visitors to what seems like eye level with the clouds and offers stunning views of the surroundings.

Established in 1984, Kenting National Park is considered Taiwan’s oldest national park. It can be found on the southernmost tip of the island on the Hengchun Peninsula. Known for is sunshine, beach, scenic mountain, and tropical climate, the national park is an extremely popular destination with both locals and visitors. The rich flora and fauna within the park ensure that visitors will come across various reptiles, mammals, fish species, and birds; some of them include the endangered hawksbill turtles, bull sharks, and over 26 species of land crabs. One attraction in the national park that shouldn’t be missed is the Eluanbi Lighthouse, which is over 70 feet high and has been around since 1883.

Changhua County is one of the first areas in Taiwan to be developed; the fertile land is surrounded by the Taiwan Straits on the west and mountains on the other three sides. The Bagua Mountain Range is one of the most popular tourist sites in Changhua County, and visitors who head there can spend their time hiking or cycling through the flourishing mountains. You’re also invited to walk through the local orchards and try some of the fresh local produce which include litchis, carambola, guava, grapes, and watermelon. Some of the landmark attractions that shouldn’t be missed when in Changhua County include the Baguashan Great Buddha, Longshan Temple, and Baozang Temple.

Chiayi City is the settlement location of some of the earliest pioneers from Zhangzhou. Visitors can see many preserved artifacts from its rich history in the Yimin Temple. Those who love the outdoors will enjoy spending time in the Chiayi Botanical Garden, Lantan Holland Lake, or at Chiayi Park; there’s even the Alishan Railway, which will take visitors on a scenic rail journey through the forest. There are many museums and galleries in Chiayi City such as the Culture Center, the Municipal Museum, or the Historic Archives, filled with interesting exhibits for visitors to enjoy. While there, you shouldn’t miss the Wenhua Road Night Market where you can get to know the residents and sample various local snacks. 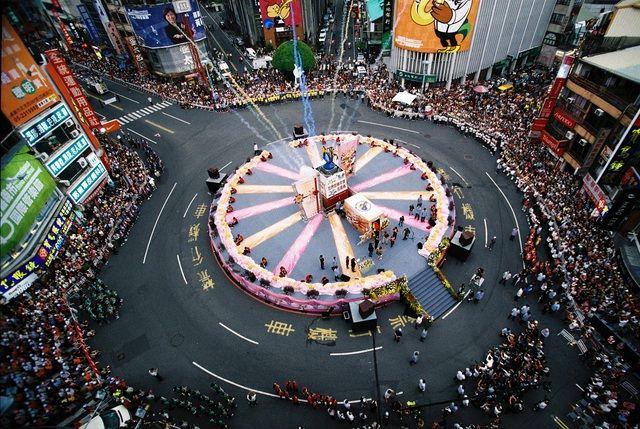 Bordered by the sea on one side and the mountains on the other, Chiayi County is filled with historical and cultural attractions. It is renowned for being the only county in Taiwan with three major national scenic areas: the Southwest Coast National Scenic Area, the Alishan National Scenic Area, and the Siraya National Scenic Area. Visitors will be able to witness some breathtaking cloud formations and sunrise views among colorful cherry blossoms, ancient trees, secluded forest trails, waterfalls, and valleys. A few of the attractions of note are the Yu Mountain range, the Budai Salt Fields, the Aogu Wetlands, the Taiping Suspension Bridge, and the Budai Tourist Fish Market.

First developed in 1723, Hsinchu City became a popular tourist attraction that is famed for the Science-based Industrial Park. Hsinchu Science Park, or HSP, is filled with prestigious academic and research institutions and is home to over 370 high-tech companies; the high-tech town is an interesting place for visitors to explore. Other attractions you will come across in Hsinchu City include Green Grass Lake, the Shibajain Mountain Range, the Glass Museum of Hsinchu, and the Hsinchu Zoo. The Hsinchu City God Temple, also known as Chenghuang Temple, is one of the highest-ranking temples in Taiwan. After visitors explore the beautiful temple, they can walk through the many stalls near it and try delicious Taiwanese snacks like rice noodles, which the region is famed for.

Hsinchu Country is home to the largest Hakka community in Taiwan, and because of the insular communities that thrive there, what visitors see is an extremely well-preserved location with customs and traditions that are unique from the rest of Taiwan. There are many recommended spots for tourists to visit, with one of the main points of interest being the scenic Shei-Pa National Park. Other sites and attractions include Guanwu National Forest, the Leofoo Village theme park, Emei Lake, and the Xiakaluo Historic Trail filled with artillery posts and police stations that were erected during the period when the Japanese occupied it. 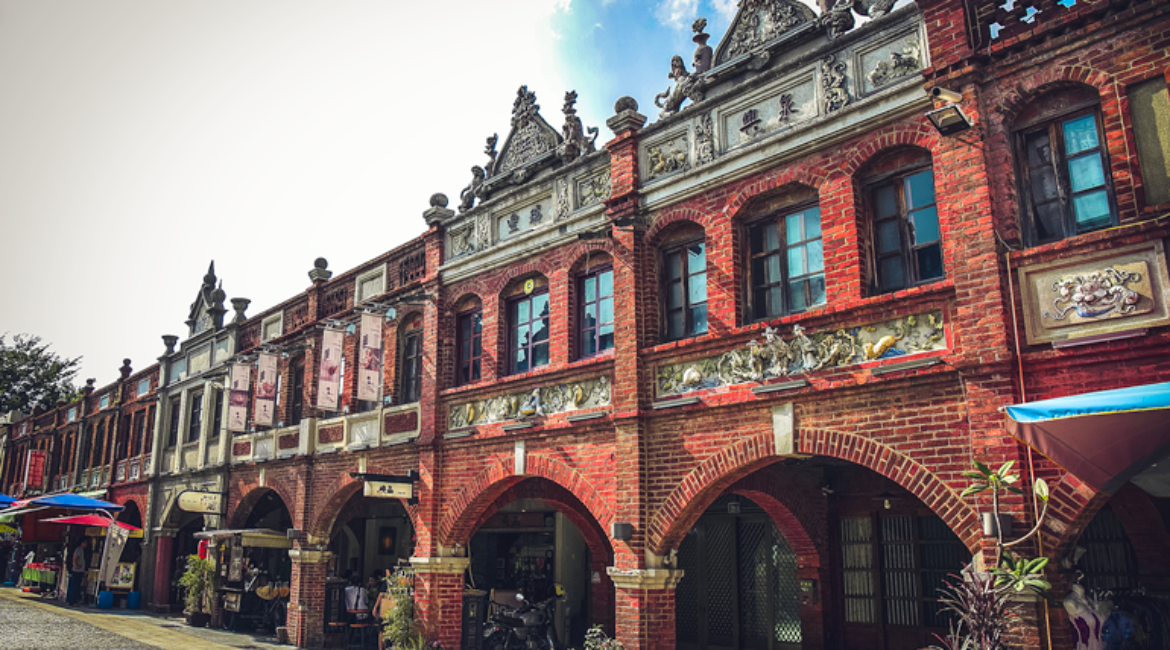 Hualien is Taiwan’s biggest county and is often called its most scenic as well. With azure skies, towering mountain peaks, scenic valleys, and views of the vast Pacific Ocean to the east, it’s no wonder that visitors are taken away by the land’s natural beauty. Both, local and international visitors, flock to Hualien County to see the stunning natural landscapes in the East Coast National Scenic Area or the impressive gorges at Taroko National Park. The half-hour walk through the Tunnel of Nine Turns allows visitors to see enchanting views of some of Taiwan’s most beautiful rivers, gorges, and marble cliffs.

The industrial and maritime capital of Taiwan, Kaohsiung City is a thriving metropolis that is a tourist’s dream. The year-round pleasant weather as well as the surrounding scenic attractions have made it a popular vacation destination. Visitors there will be able to go to renowned sites such as Love River, Xiziwan Bay, Mount Shoushan, Lotus Pond, and the Old City of Zuoying. The views of the river, ocean, and mountains can be experienced via hiking, bicycling, camping, and many other activities. The ethnic melting pot also ensures that visitors will be able to experience different cultures and traditions and try a variety of new foods.

Taiwan’s Keelung City is a major port city found near the bustling Taipei. The city is often called the “Rainy Port” because of its role as Taiwan’s second largest seaport as well as its frequent rain. Other than the Bisha Fishing Port, visitors in Keelung City can also explore the Keelung Cultural Center, Chung Cheng Park, Heping Island Park, and the National Museum of Marine Science and Technology. There are various historical structures scattered throughout the city such as Dawulun Fort, Pengjia Lighthouse, and the Uhrshawan Battery. The city becomes crowded during the annual Mid-Summer Ghost Festival, which dates back to 1851.